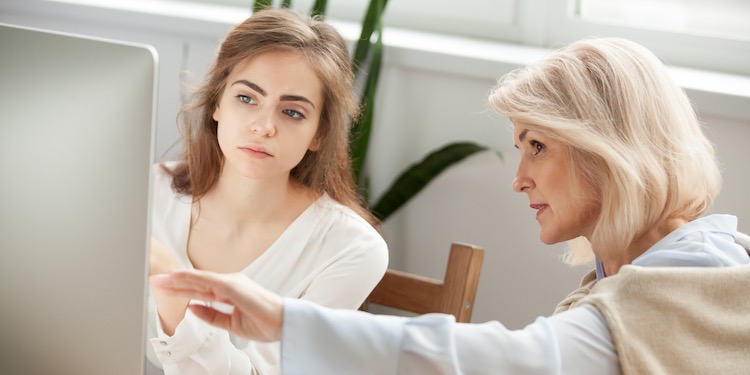 Women can benefit from mentoring—and from being mentors. So why aren't more women engaging in mentoring relationships?

Lack of time, mentors' fearing that they don't have enough expertise, and mentees' reluctance to ask to be taken under senior women's wings are some of the key reasons given whenever research is undertaken in this area.

The study Women as Mentors: Does She or Doesn't She? A Global Study of Businesswomen and Mentoring aimed to answer questions such as: Who is really responsible for making mentoring happen? Are women proactive in seeking out mentors? Do women in more senior roles volunteer to mentor other women, or are they worried about boosting the competition? What will it take to make mentoring more commonplace?

A total of 318 businesswomen from 19 different countries and 30 different industries were surveyed. The respondents on average were 48-years old, with the large majority (75 percent) indicating that they were either mid- or senior-level leaders.

For years, research and experts have pointed to mentoring as key to helping women advance at work, whether that means getting promotions and higher pay, making contacts that can help them advance professionally, or being shown how to navigate office politics, personalities and processes.

The study found that "a staggering 63 percent of the survey group" never had a mentor, even though 67 percent of respondents ranked mentoring as important to career success.

The number one problem for women in the study was lack of time. Seventy-five percent of women reported that the time it takes to mentor most affects their decision to accept mentoring request.

Even with time being cited as such a key factor, of those who mentor, only nine percent of women said that mentoring actually takes time away from making progress in their own work.

As it turns out, perception does not match reality—once women commit to mentoring, they find that the time it takes to mentor is not a hindrance to their work.

Lack of expertise in topic areas is what makes women uncomfortable about taking on mentoring roles. But, curiously enough, an analysis by Harvard Business Review shows that once people reach a senior level, technical expertise matters less than their core leadership skills.

In most mentoring relationships, it is not subject matter and technical expertise with which mentees struggle, it's the core leadership skills like influencing, working through problems, negotiation, and interpersonal skills with which less-experienced professionals most often need help.

Why do women become mentors?

The number one reason (80%) cited for why women mentor is because they want to be supportive of other women. Additionally, the majority of women (74 percent) indicated that they mentor because they have benefited from their own mentorship experiences

Along with mentoring not being a common practice for women, the study also discovered that mentoring is unchartered territory for most organisations. This makes it even more challenging for women to connect with mentors. Only 56 percent of organisations have a formal program for mentoring.

Organisations are neglecting to arm their leaders with the interpersonal skills (e.g., coaching, networking, influencing) they need to be effective mentors. Rather than having a planned talent strategy in place, organizations are leaving mentoring to chance.

Formal mentoring programs provide an easier way for women to find mentors. In organisations with formal programs, 50% of all women have had a formal mentor in comparison to only 25% at organisations that do not have such programs. The study data confirm that having formalised programs for mentoring helps increase mentoring.

The study set out to answer the question, "Does she or doesn't she mentor?" We learned that she doesn't, but she should.

If you would like to find out more about running a mentoring program just get in touch.

If you would like a demonstration of any of our software, give us a call on